Does Christianity have a psychedelic history?

The Secret History of Hallucinogens in Christianity

Throughout medieval Christianity, religious works of art emerged to illustrate the teachings of the Bible for the largely illiterate population. What, then, is the significance of psychoactive mushrooms hiding in plain sight in the artwork and icons of many European and Middle-Eastern churches?

There is an old saying: If you want to hide something, put it in plain sight. To our surprise, we learned that this saying is especially true for Christianity, where medieval works of art were created to illustrate the teachings of the Bible for the largely illiterate population. A close look at these religious works of art reveals the presence of psychedelic plants–hidden in plain sight for centuries.

Based on stunning visual evidence found in cathedrals and churches, we invite you to join us as we relive our discovery of the “Psychedelic Gospels” and propose an alternative theory of the origins of Christianity−one radically different from that portrayed in the Bible.

This book takes you along, step-by-step, on our decade-long anthropological adventure, providing an easily-readable account of this controversial theory.

It was during the turbulent decades of the 1960s and 1970s that we had our first experiences with psychedelics, a class of drugs that in time we came to know as “entheogens”: psychoactive plants and chemicals that generate mystical experiences. It was through entheogens that we first came to experience God as the divine intelligence that permeates the universe.

Later, in 2006, we made an archeological discovery that caused us to seriously consider the role of entheogens in the foundations of Judeo-Christianity. At that point our personal experiences with psychedelics merged with our professional interests (Jerry’s in anthropology and religion, Julie’s in psychotherapy and spirituality), and we felt compelled to undertake a search for evidence of entheogens in Christian art.

While our findings are startling, it is not our intention to question the fundamental beliefs of Christianity, but to uncover a mystery that we believe applies to many religions. Our findings do not deny the importance of religious sacraments, but suggest that they should encompass all of God’s creations, including psychoactive plants.

All that we ask of you, dear reader, is to consider what we have to say with an open mind and to follow our findings and speculations to their conclusions. Our journey begins in Rosslyn Chapel in Scotland.

Julie M. Brown, M.A., is an integrative psychotherapist, who conducts research on the role of sacred plants in religion. She took all the original photographs for The Psychedelic Gospels.

Jerry B. Brown, Ph.D., is an anthropologist and activist, who for four decades taught a course on “Hallucinogens and Culture” at Florida International University.

Invite the Authors to Speak at Your Event!

What People Are Saying

What a gentle, careful, scholarly, personal and all together splendid book! This is not only a provocative and solidly researched book, but is an engaging adventure story, a personal story, as well as an important contribution to our understanding of the interweaving of psychedelic use and the history of Christianity. James Fadiman, Ph.D., microdose researcher
Author of The Psychedelic Explorer’s Guide: Safe, Therapeutic, and Sacred Journeys

David Crosby
Singer, songwriter
… I found this book to be a compelling, entertaining account of one couple’s quest for the hallucinogenic Holy Grail — a mind-altering travelogue across continents and conspiracy theories. It’s The Da Vinci Code meets The Electric Kool-Aid Acid Test.Don Lattin
Bestselling Author of The Harvard Psychedelic Club
This book also highlights the important role psychedelics can play in the realization of the fundamental unity of all beings through the mystical experience. A great read which I recommend to anyone interested in the spiritual aspects of the psychedelic experience. Rick Doblin, Ph.D.
Founder of the Multidisciplinary Association for Psychedelic Studies
Impeccably researched and lavishly illustrated, The Psychedelic Gospels reads like a page-turning mystery thriller. An interdisciplinary treasure chest, overflowing with rare information, unique insights, and some truly extraordinary head-slapping "aha" moments.David Jay Brown
Author of The New Science of Psychedelics
What a journey! Travel with Jerry and Julie Brown exploring and discovering new interpretations of ancient images from Christian churches and cathedrals in Europe and the Middle East. Analyzing religious works of art, they have possibly uncovered one of the most secret, historical findings of our times - the influence of psychedelics as an integral part of the early Christian experience. They are bold, courageous, and insightful. A must read!Gerald Jampolsky, M.D. and Diane Cirincione-Jampolsky, Ph.D.
Co-Authors of Aging With Attitude and A Mini Course for Life
Part travelogue, part anthropological meditation, and part groundbreaking study showing the use of “sacred” mushrooms in Christian iconography, The Psychedelic Gospels gives readers one of the most unusual books they will ever encounter.  Jerry and Julie Brown present a lively account of a psychedelic theory of religion and tell us why it’s been suppressed for so many years.  I’m confident that The Psychedelic Gospels will find an enthusiastic readership.Mitchell Kaplan, Books & Books
Past President, American Booksellers Association
This book expertly navigates through the iconography of mushroom symbolism throughout the ages. One clear message comes through: mushrooms have played a central role in the evolution of human consciousness, and indeed religion. Thought provoking and well-articulated, the authors present a solid case for their thesis. This is an important book to contemplate. If true, the very roots (mycelia!) of Christianity were inspired by the use of deeply guarded and secret sacraments: magic mushrooms.Paul Stamets
Author of Mycelium Running
Ah, that perennial question of Christianity’s relationship with psychedelics! Wherever you sit in this debate; believer or cynic, the Brown’s fabulously personal journey will delight you. Mushrooms, mushrooms, mushrooms. Once you start looking you see them everywhere. Keep your mind open. Wider! Dr. Ben Sessa
Psychedelic ResearcherAuthor of The Psychedelic Renaissance
The Psychedelic Gospels is heretical, revolutionary, and outrageous…. It is no secret than Western religions had pagan roots, but the deeper secret may well be that these roots were psychedelic, and were a continuation of esoteric practices held by the practitioners of mushroom devotees.Stanley Krippner, Ph.D.
Co-Author, Personal Mythology

Images from the Book 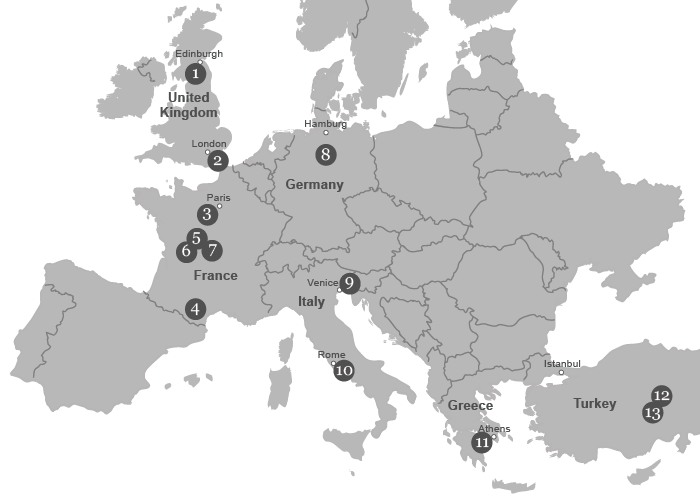 Far along the path of life, I fell into a rare dark nine-month depression.

END_OF_DOCUMENT_TOKEN_TO_BE_REPLACED

“Entheogens in Christian Art: Wasson, Allegro and the Psychedelic Gospels,” Journal of Psychedelic Studies, October 2019, by Jerry B. and Julie M. Brown Abstract: In light of new historical evidence regarding ethnomycologist R. Gordon Wasson’s correspondence with art historian Erwin Panofsky, this article provides an in-depth analysis of the presence of entheogenic mushroom images in […]

END_OF_DOCUMENT_TOKEN_TO_BE_REPLACED

The book you hold in your hands is epoch-making. Its significance for ethnomycology can only be compared with the Wassons’ book Mushrooms, Russia and History.